On April 1 to 3, ZSTU successfully held 2018 International Forum for Young Scholars, which provided an opportunity for the platform exchange of excellent researchers and relevant disciplinary fields, and was rather a grand-new trial for ZSTU to implement the school talent work conference spirit and broaden the talent introduction approaches.

Since ZSTU released its announcement to the rest of the world on Jan 24, it has received over 600 applications, and after prudent scrutiny, it decided to invite 100 young fruitful talents in their respective fields to gather at ZSTU. The forum was composed of main forum, sub-forum and young scholar round-table conference.

Firstly, secretary Wu Fengmin of the Communist Party Committee delivered his opening speech, who expressed his gratitude for the attendance of the young scholars, hoped that they would learn about the university via spacial exchange and visit, and harvest time-based forecast and expectation. He pointed out that since Mr. Lin Qi had the institution established out of his great aspiration of saving the country through education, ZSTU has developed into a provincial key university focusing on engineering, with distinct characteristics and advantages as well as the coordinated development of the various disciplines, has been interpreting the school motto “Profound morality reaching far, broad learning urging practice” through their solid work, inheriting the school spirit “Pursuing truth and uprightness”, and diligently been ranked at the forefront of academic exploration. To realize the further great-leap-forward talent development, he sincerely invited the present young talents to join the university, invited the talents to jointly create “innovative ZSTU, vigorous ZSTU, opening-up ZSTU and blessed ZSTU”, and to jointly start a new journey on the 100-year-old Silk Road.

Director Yao Juming of the Personnel Department gave his exposition to the latest school talent policies, the supporting systems, etc.

At the opening ceremony, there was also staged the awarding ceremony for the first 2 ZSTU overseas talent introduction stations in North America and Britain.

At the sub-forum in the afternoon, the relevant personnel in charge of the schools and disciplines carried out more sufficient and profound exchange concerning disciplinary platform, sci-tech innovation, etc, and strengthened the mutual understanding among the scholars through field visit, academic account, etc, so as to try to bring in more excellent young scholars to the university.

On the morning of April 3, the young scholar round-table conference was smoothly held at meeting room 308 in the administration building. Vice president Gao Zhengrong delivered his speech, he started from the economic position of the province since the opening-up policy, the policy preference of Hangzhou City as well as the new talent policy of the school, pointed out that the choice of ZSTU was timely and right, was a conjunction of happiness and struggle, and encouraged the various young talents to be decisive and act resolutely to come to the university sooner. Subsequently, the relevant personnel in charge of the Graduate School, Academic Affairs and Institute of Sci-tech Research gave introduction to the situations concerned, and answered to the questions raised by the young scholars.

Finally, an on-spot signing ceremony was held, where 68 excellent young scholars signed their agreements of intent with the school, many of whom are to have such talent program applications as National Thousand of Talent Program, Zhejiang Provincial Thousand of Talent Program, etc, through ZSTU. The young scholar round-table conference was hosted by deputy director Wang Yaojun of the Personnel Department.

The successful operation of the 2018 International Forum for Young Scholars was the first step for the school to explore talent introduction model. Subsequently, the school will continue to stick to the national and provincial talent strategies, adhere to the notions of “people-oriented, talent priority” and “combining introduction and cultivation, focusing on cultivation”, and further foster a sound talent ecology. 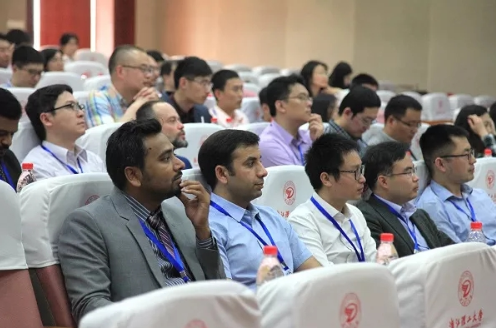 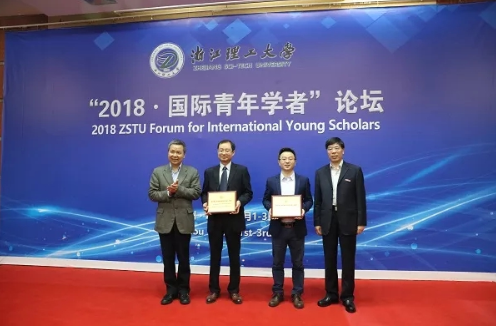